You know we’re all about events, tech trends, and the latest in innovation on the blog. So, during the holidays, it’s only natural we talk about the biggest holiday event of the year in New York City. No, it’s not the department store windows at Christmas time or the ball dropping in Times Square on New Years Eve.

Sit back, relax, and enjoy reading about some fun facts about the parade, and what it takes to plan an event of this magnitude.

It started 93 years ago.
Yes, that long ago. While the parade has taken place on Thanksgiving day ever since its inception, it was originally centered around Christmas, welcoming Santa to Herald Square and marking the department store’s official start to the holiday. The first parade saw roughly 250,000 people, was marked a giant success, and the rest of history. (Note: Even though it’s now focused on the Thanksgiving holiday, Santa still makes an appearance every year.)

Floating through Manhattan.
While the parade never enters NYC’s downtown territory, it does zigzag through much of upper Manhattan. Today, an estimated 3.5 million people watch the spectacle as it stretches over two miles through Central Park West and the Upper West Side, along Central Park South at 59th Street, and then down 6th Avenue through Midtown, until it ends at 34th Street in Herald Square.

Central Park Zoo animals take NYC.
The parade originally consisted of animals from the New York Central Park Zoo. After three years, the tradition changed to include the massive balloons we all know and love today.

It skipped a few years.
The parade was cancelled from 1942-1944 due to World War II. Instead, Macy’s donated over 650 pounds of balloon rubber to the war effort.

An event of massive proportions.
Current and past Macy’s employees, as well as volunteers, make up over 4,000 of the people who put on the parade. Could you imagine handling a staff of that size — on top of balloons of that size?

The balloons call New Jersey home.
When the famed parade balloons aren’t prancing around Manhattan on Thanksgiving day, they live in a quiet, massive facility in New Jersey the other 364 days of the year. Inside what’s called the “Macy’s Parade Studio” are sketches, children’s books, tiny balloon models, and the final product we see on television every year.

They’re “BALLOONATICS”!
Yup, Macy’s balloon designers have their own name. These are geniuses that work up to a year in advance on the balloon designs. 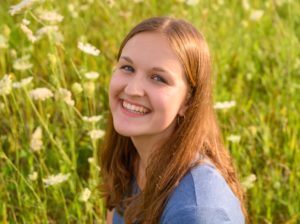